Budget management and hiring the best team for developing products and services are essential considerations for startups and large corporations.

The cost of software development alone can be around $60,000 per year. And that is just the minimum cost that may still rise depending on the amount of time spent on the project and other services required.

Companies do not have to depend on local and in-house talent alone. Outsourcing has now been the go-to solution by some of the most successful businesses and brands to delegate specific tasks to expert companies.

Here are some tips from the legendary outsourcing champions to make your outsourcing journey go as smoothly as possible.

The non-profit care organization has also expanded its senior care facilities and hired many new employees eligible for Augustana benefits.

With $35 million paid to its 1,500 employees, payroll is considered its most significant expense.

Augustana’s in-house processing was something Gibson was aware of. But she quickly discovered that many tasks, such as entering payroll three times: first into a time clock, then into payroll software, and finally into general ledger software, were time-consuming and complicated.

Because everything in the process is manual, there is a higher chance of human error.

Pro Tip: Augustana’s outsourcing essential backend tasks is an excellent example of how outsourcing makes it smoother for businesses to focus on their core activities. Thus, it is a no-brainer to outsource mundane and other essential tasks to worthy outsourcing providers.

The multinational eCommerce and tech conglomerate Alibaba is now arguably as well-known as China’s Great Wall – while being far more accessible from outside the country.

The company was founded in 1999 when companies were increasingly turning to the internet for customer service. Jack Ma, the company’s founder, hired developers from the United States to create a website that would appeal to domestic and international audiences.

Years later, outsourcing went the other way, with Northern American companies are now relying on Asian skilled workers in various fields. But back then, Jack Ma’s decision to outsource work to American developers was more for technical and skill needs than cost-saving.

Pro Tip: The lesson here is to do your homework before scaling. What’s the best place to look for the skills you’ll need to expand your company? Is it possible to hire a more qualified team by outsourcing projects? The answer is yes if you’re Alibaba.

You Can Also Check: What We Have Learned About Apple’s Outsourcing Strategy

When Slack first launched in 2013, it was a far cry from the team collaboration tool, with 10 million users as of January 2019. It was more like an IRC client for your browser, and only a few people remember what the early prototype looked like.

Although many similar systems were available, Slack won the market as 40% of Fortune 500 businesses use it.

According to popular opinion, it simply looks, feels, and sounds different from the competition. It was mainly due to outsourcing the overall design concept, which resulted in the app, logo, and commercial website redesign.

Pro Tip: Consider outsourcing beta testing if you want to launch a global product. It can help you figure out what changes your product should make and what is and isn’t working before you launch it. If you’re successful, you might build one of the world’s most popular business tools, like Slack.

There isn’t a single software developer who is not familiar with Git. Forty million Git users use GitHub for everything from version control to source code management to bug tracking.

GitHub is a hosting service that also provides useful features.

Based in San Francisco, the company’s founders began by writing in the Ruby on Rails framework. It became clear that their solution required highly knowledgeable people about Git. Scott Chacon, a software developer, was found and hired as the project’s outsourced specialist. GitHub steadily grew, and in 2018, Microsoft’s $7.5 billion acquisition of the company came.

Pro Tip: Outsourcing might find someone who can help your company grow and develop into something better. Like how Github found and hired Scott Chacon. Unless you try it, you’ll never know how outsourcing can shift your business in a different light.

A consumer-goods behemoth could have hired a development team once upon a time but instead chose to outsource it. The year was 2005, and Unilever employed roughly 200,000 people across the globe, with operations in dozens of countries.

When faced with the need to merge various ERPs across their operating sphere, the British-Dutch company made a brilliant move by outsourcing the required talent. Doing so would have been detrimental to the company’s internal focus. But Unilever saw tremendous benefits from outsourcing, and hundreds of intelligent C-suites followed their lead and outsourced non-core activities.

Unilever’s operations are currently running smoothly, with a net income of €9.808 billion.

Pro Tip: To expand your business’ horizons, don’t be afraid to outsource it. Like how Unilever takes advantage of one of the benefits of outsourcing, access to a wide range of talents worldwide.

You’ll Be Interested With This: Outsourcing 101: What are the Different Types of Outsourcing

Now, “to skype someone” is a dictionary entry, which says a lot about whether or not the project with that name was a success.

The founders (from Sweden and Denmark) outsourced the platform’s actual backend development to Estonian professionals in 2003, who created the product that we now know and use.

Skype has become indispensable due to video chat, instant messaging, and file transmission features. After only two years, eBay bought Skype for $2.5 billion in 2005, and Microsoft bought it for $8.5 billion in 2011.

It is one of many stories highlighting Eastern Europe’s IT outsourcing potential, with dozens of other successful development. At present, IT infrastructure projects are being outsourced to Estonia, Ukraine, Poland, Russia, and other countries in the region.

Pro Tip: When hiring talent, don’t limit yourself. Finding the right team may entail enlisting the help of the best of the best from all over the world. Take the time to do your checklist and find the best candidate for the job.

Because of its size, it’s difficult to say how many different IT jobs Google has outsourced. Since we’re talking about the “classic,” most often-cited cases, here’s one that made the news in 2011: Google AdWords.

This service, which many marketers use, has a global coverage of about 90% of Internet users. Approximately a thousand outsourced representatives were entrusted with providing client support via phone and email, and they were all located all over the world.

The experience was profitable enough for Google to expand its outsourcing venture into software development, IT infrastructure management, and other services in 2016. Outsourcing allows the company to concentrate on innovations that garner even more attention than before.

Pro Tip: Even the largest corporations, such as Google, delegate work to remote workers. Your needs, where the talent is, what your priorities are, and your budget will all influence how you balance outsourcing and keeping work in-house. As you grow, it’s worth considering outsourcing.

You Can Also Read: Effective Methods to Outsourcing

All these examples demonstrate how proper delegation and management of your outsourced processes ensure business growth and faster success.

Outsourcing can help you access more qualified candidates wherever they may be. It can help you stick to your budget without sacrificing your human resource requirements.

It may free up time for your talented team members who spend too much time on mundane tasks at home.

Outsourcing may be the business solution you need to properly grow your business and continue to compete on a global scale. Remember that as you begin to hire remote employees, you should also invest in tools to help you manage them. 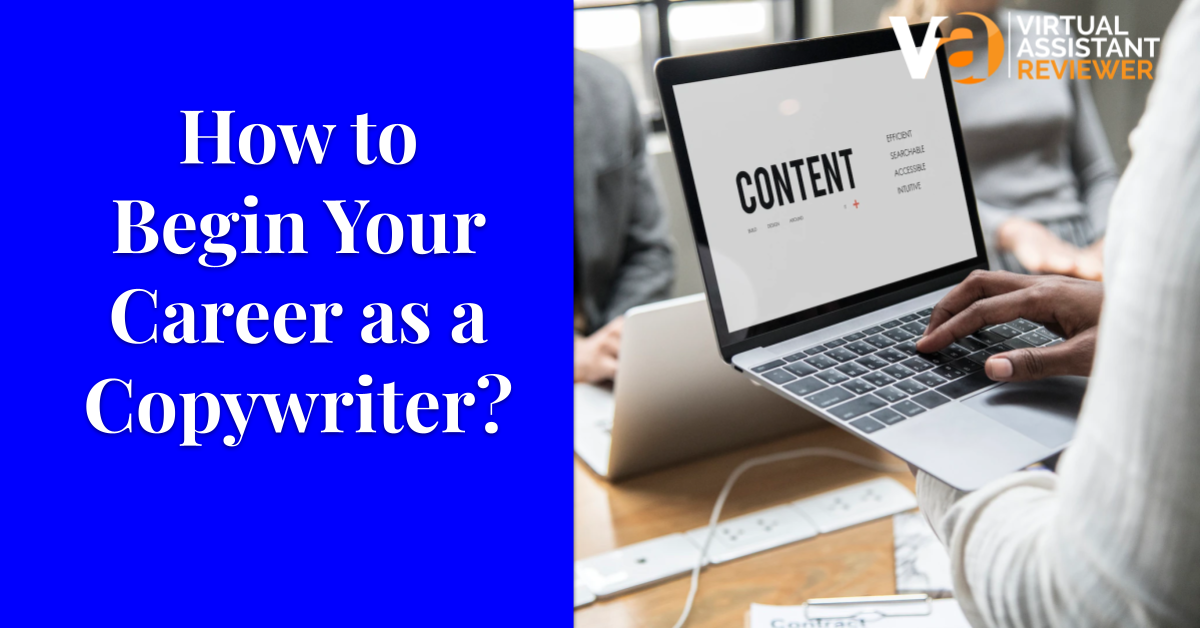 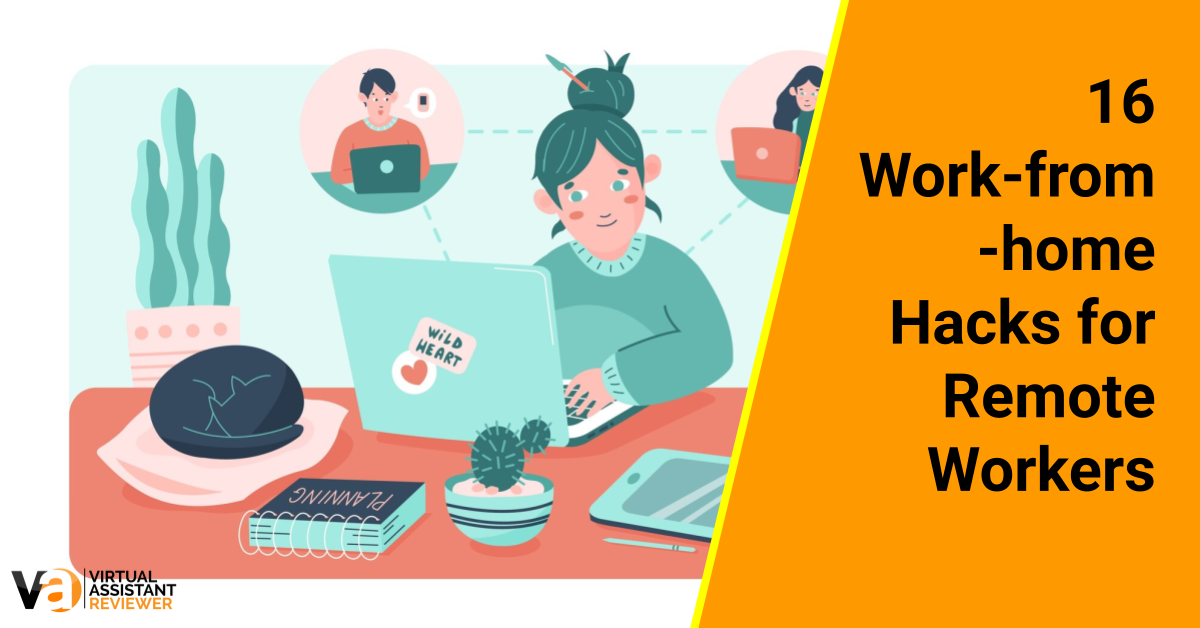 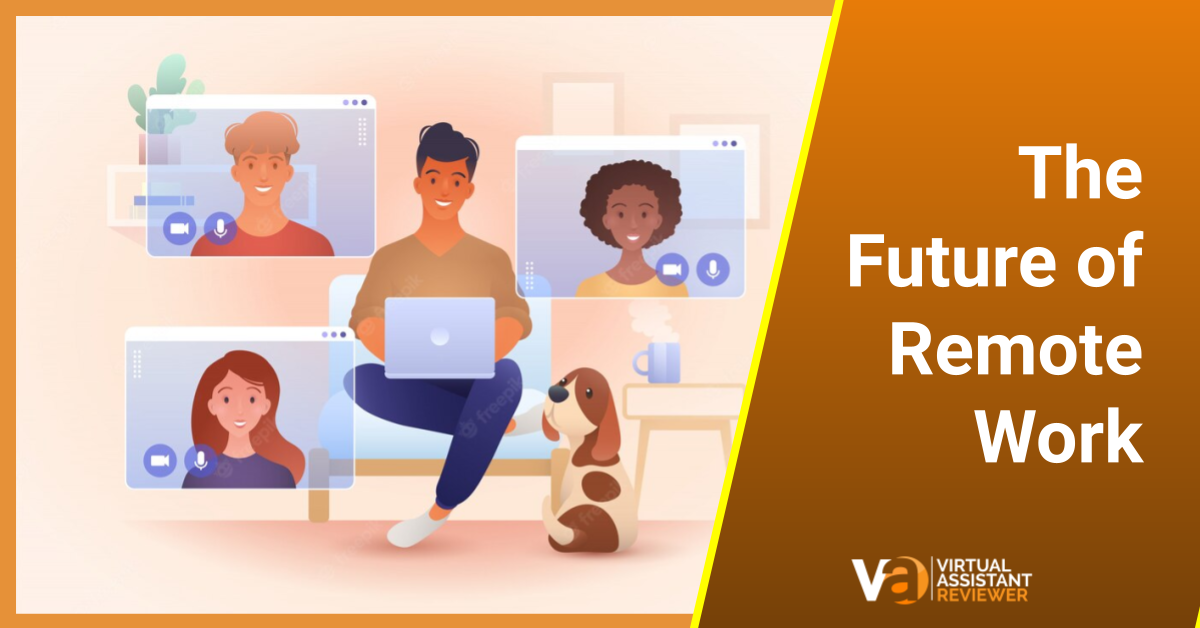 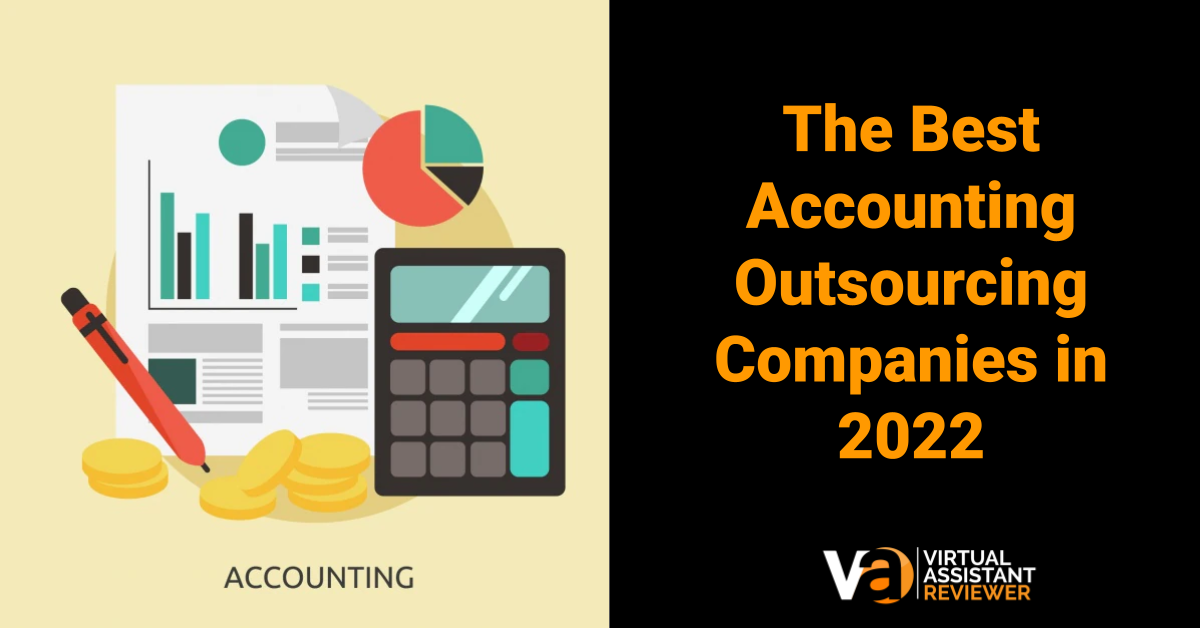 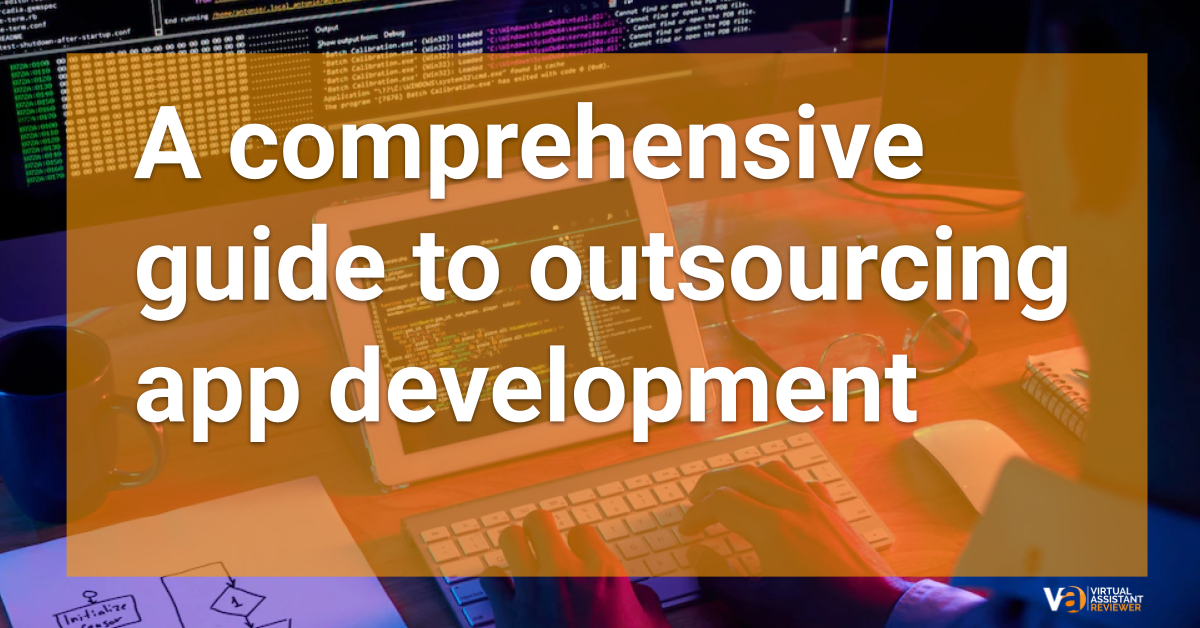 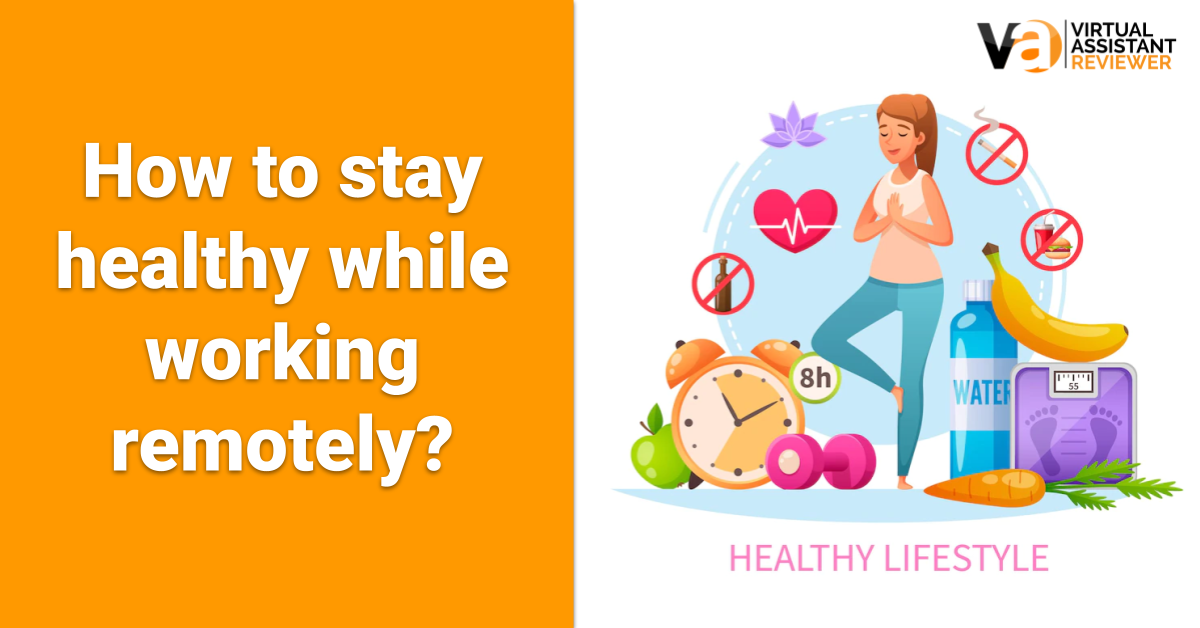 How to stay healthy while working remotely? 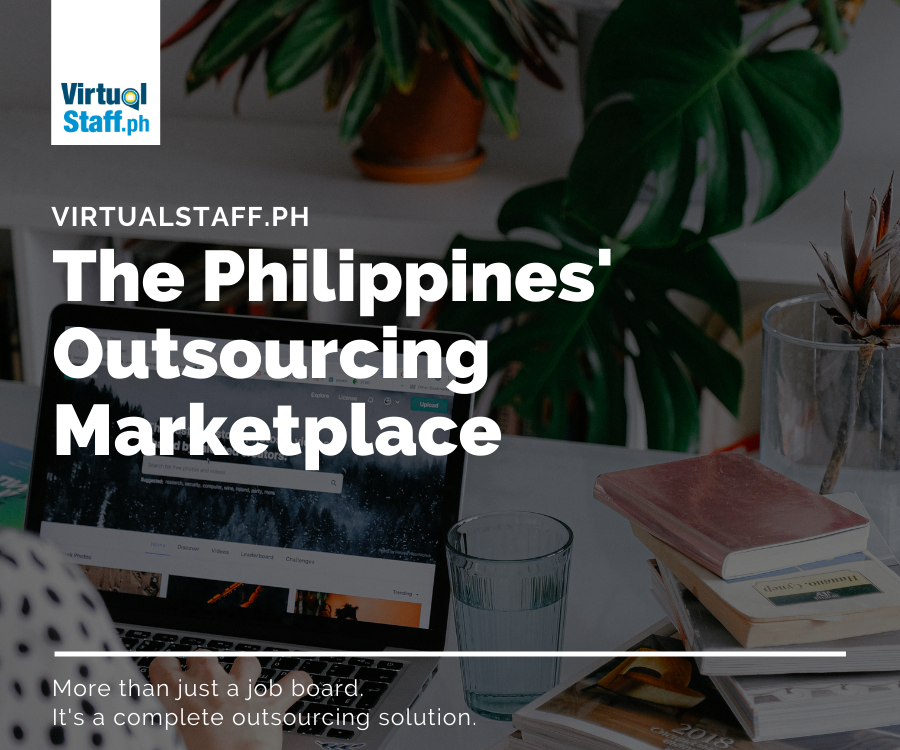 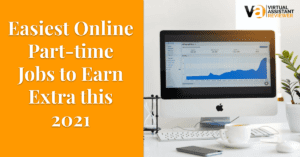 The Easiest Online Part-time Jobs to Earn Extra this 2021 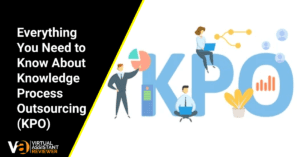 Everything You Need to Know About Knowledge Process Outsourcing (KPO) 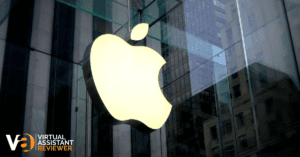 What We Have Learned About Apple’s Outsourcing Strategy 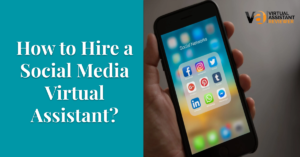 How to Hire a Social Media Virtual Assistant?